Category Archives: Letter to Our Members

As we approach the date of our Conference, we ask you to continually remind Catholics you know that the errors of Amoris Laetitia are not merely an idle one time problem, but that the document is intended to subvert the Catholic faith in the whole Church.

Now comes the news from Archbishop Chaput of Philadelphia that Cardinal Lorenzo Baldisseri one of Bergoglio’s close allies wants every Bishops’ conference in the world to report to him as to whether or not and how they are implementing the heretical Amoris Laetitia.

This, our fight, is therefore the fight of the whole Church of all times and all ages against a heretical conspiracy of Bergoglio and those who urged and pushed his election.

We cannot therefore be silent. We must therefore avoid the subtle tactic of the masons which is to get us to talk about other things and while being distracted allow our Catholic faith and civilization to be stolen from us by their henchmen.

Therefore, we ask you to focus your tweets and FB posts and all your social media on the problems with Amoris Laetitia, news of our conference and the duty of Catholics to rebuke heretics, call them to repentance, resist the errors of this document and not cooperate with heretical conspiracies: support the clergy who remain catholic, remonstrate with those being led astray, rebuke those who have fallen or accepted AL’s errors, call on your bishop to speak against AL and to urge his fellow bishops to call a Synod to condemn its errors and call its perpetrators to repentance on the pain of excommunication and deposition from office. 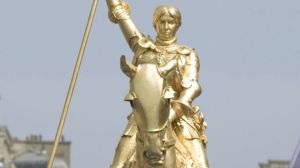 It is essential that our 1500+ members work together in this fight, since we are yet a very small voice of the true Faith speaking out against these errors in the most decisive Catholic manner.  While many are content to lament or criticize, we alone are calling for repentance, denunciation and a decisive action of the Sacred Hierarchy to put an end to these heresies and errors against Christ’s teachings. We must therefore be the soldiers in this fight, now, and take as our motto, that saying of the Maid of Orleans, which she uttered  before the Battle of Patay, “In God’s name, we must fight them!“

As you can see, we need more members to take action on this: of our  approx. 300 members, only 3 have answered our initial appeal in the last 2 weeks.  We won’t be able to even pay for our website and the cost  of the translations already published without the assistance of our members (approx $400 USD), let alone undertake the costs to interview and transcribe and translate a series of talks by Cardinals and Bishops to oppose the Kasper agenda, UNLESS our members join in helping us. 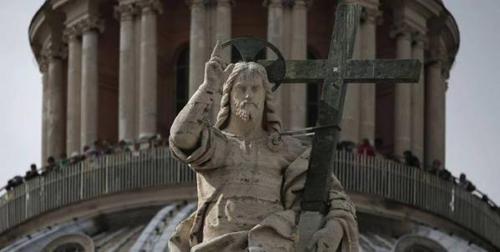 Speaking of what we call in English, “cafeteria Catholics” — those who pick and choose what they want to believe for the moment, while clinging to the name of “Catholic” — Dr. Alessandro Gnocchi explained, in his recent article in La Riscossa Cristiana (bold-facing added):

… what is really going on is a war between Christ and the Antichrist on a scale never seen before, where the survival of the Catholic faith is at stake. I repeat: we are in a battle to preserve the Catholic faith, and all the battles being fought on various fronts, even those that are so important like moral truth, are only the terrain of confrontation in a war that is much deeper, involving metaphysics and religion. The most important thing in play is faith. But faith is preserved whole and intact or it is lost. You cannot preserve just parts of it according to taste or expediency.

This war between Christ and the spirit of the Antichrist, of which the beloved disciple, St. John, spoke of in his book, the Apocalypse, has been waged ever since the Ascension of Our Lord to the Right Hand of God the Father.  It is the War, whose drama fills the pages of history, and whose outcome will forever mark the destiny of mankind.  This is so, because Our Lord Jesus Christ is no mere philosopher or rabbi, He is the Eternal Word of the Father, Incarnate in time for the salvation of men and women and children of all times.  He is in Himself the revelation of God and thus His words, recorded faithfully and exactly in the Gospels and His teaching, expounded faithfully by the Apostles and Evangelists in the New Testament, establish forever the boundaries and limits of the Christian Faith.

For this reason, the glorious Seraphic Doctor, St. Bonaventure of Bagnoregio, in his Sermon, Christus Unus Omnium Magister, n. 5, given at the University of Paris more than 760 years ago, declared:

… the whole authentic Scripture and its preachers have their power of sight trained upon Christ, coming into the flesh, as upon the Foundation of the whole Christian Faith, according to that verse of the First Letter to the Corinthians, chapter 3:  According to the grace, which has been given to me, as a wise architect I have laid the foundation.  For another foundation no one can lay, except that which has been laid etc..  For He is the foundation of the whole authentic doctrine, whether apostolic or prophetic, according to each Law, the new and the old.  On account of which there is said to the Ephesians, in chapter 2:  You have been built up upon the foundation of the Apostles and Prophets, with that most high cornerstone, Christ Jesus.  Therefore it is clear, that Christ is the Master of cognition according to the Faith, and this, inasmuch as He is the Way, according to His twofold advent, namely, in the mind, and in the flesh.

(Translation by the Franciscan Archive)

To oppose the teaching of Christ in anything, therefore, is no less a violation of the Catholic Faith as it is the proposal of an entirely new religion, which does not have Christ Jesus as its Founder, First Principle and Teacher.

For this reason, we members of the Association « Veri Catholici » find ourselves greatly encouraged and inspired by the recent words of Bishop Athanasius Schneider, who has called Catholics everywhere to action in order to preserve, protect, defend and propagate the eternal Faith taught by Our Lord.

We receive such a strong inspiration from Bishop Schneider’s words because of the truth of the teaching of Our One and True Master, Christ the Lord, who said to the Apostles and to the Bishops who receive consecration from their hands:  He who hears you, hears Me! (Luke 10:16), a saying which is verified when those same Apostles and Bishops handed down to posterity, in the Church, the same teaching which they had received from Our Blessed Savior (cf. 1 Corinthians 11:23).

After the example of Our Blessed Mother and the first disciples, we take our stand with great confidence at the side of such Bishops who hand down to us today, the very same identical Faith which the Apostles received from the lips of the Eternal Messiah, Jesus Christ. And, for this reason, we have confidence in obtaining the final victory in the war at hand, just as Our Lord promised us, when He Himself said, Have no fear little flock (Luke 12:32), because your Faith has conquered the world (cf. 1 John 5:4). 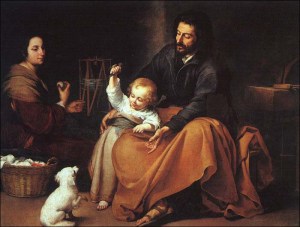 This war, now inside the Church Herself, however, cannot be won by our passivity.  For just as the world would never had been redeemed by Christ’s supreme Sacrifice upon the Cross, if Our Blessed Mother did not consent to His Incarnation and, with St. Joseph’s assistance, nursed Him throughout His human childhood, so we today cannot be passive by-standers, but must do our very best to assist to the point of self-sacrifice, to battle the spirit of the Antichrist which has bared its head in the sight of the whole world.

For this reason, and especially because there are far too many Catholics who are content to stand on the side-lines and watch the battle unfold, we must make greater sacrifices than ordinary Catholics, if we are to assist the vast numbers of hundreds of millions of fellow believers, know more clearly and be more courageous in defending the everlasting faith of the Church.

We announce this commitment in our mission statement, which can be read on our front page in 8 languages.

We urge our members to share all our posts via Twitter and Facebook and their own personal blogs, since they are for the edification of all. By this means, Catholics everywhere will be strengthened in the Faith and have the opportunity to join with us in our holy work.

We propose to undertake some significant but small contributions to the fight for the faith, by means of soliciting, funding and distributing the clear teaching of the best clergy, so that through the voices of those who remain faithful, we might receive strength of spirit from Christ Our Lord.

But to do this will take funding.  Our new website cost about $300 USD, our logo $50 USD.  We have team of committed translators who have assisted us, either voluntarily at no cost, or for nominal fees, in the translation of our documents for our website.  We hope to assist local groups video-record and transcribe and publish talks and interviews with Cardinals and Bishops.  And we have currently have come to agreement with a talented and famous Catholic journalist to do these interviews.  We hope in the coming months to publish videos and text documents on our website, and are planning a 7 part Series on the 7 Sacraments, in which we will publish 7 interviews with prominent members of the Sacred Hierarchy, who can greatly encourage us all in the worthy and proper appreciation and reception of these Sacraments.

We hope, as an organization, to use these initial steps to grow our numbers to such an extent that we can organize and host conferences on the different continents and in different languages, as well as lobby the members of the Sacred Hierarchy, to encourage them to remain faithful to Christ.

For this reason, we ask our members to consider making a contribution to our efforts via a financial donation.  We have arranged with a USA non-profit, who in law is capable of assisting us,* to receive donations via Paypal (and credit-card) on-line.  You can either make a single donation, or make a donation which will automatically repeat each month.  Even a small donation from many members will be sufficient to begin our apostolic work, which we estimate will have a budget of $4000 USD in the next 6 months.

Tagged as Letter to Our Members