A Second Synod of Sutri 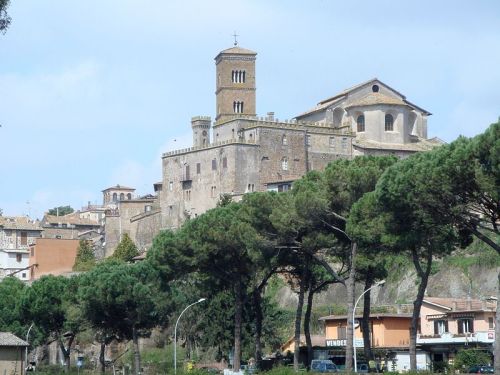 Both the salvation of souls and the protection of children require that the Catholic Church’s credibility be not damaged by being governed by men involved in abuse and its coverup. For that reason, the Church has a right to remove all such corrupt clerics even the Pope!

Now since no council is superior in authority to the Successor of Saint Peter, no pope can be removed for office for being the Pope. However, as regards the man who is pope, the Church does have the right and obligation to judge whether his claim to the office is valid. The canonical precedent for this occurred in Anno Domini 1046; it was called the Synod of Sutri. (For discussion, see “Yes, a Pope can be deposed”).

All the more reason, today, since Christ instituted Sacred Orders to be a ministerial service to all those who believed in His Name. On this account, it is by Divine Institution, that there exists a correlative right of the Church to remove from office those men who on account of their gross corruption or moral depravity, endanger the faithful or pose an existential threat to the credibility of the whole Church in fulfilling Her Mission of preaching the Gospel of Salvation to all mankind.  The Church often does this by a penal sanction, such as degredation from office. But She can also do this if the cleric has lost his office by heresy or obtained it illicitly. And as far as Jorge Mario Bergoglio is concerned, there are 7 reasons by which his claim to the office of Pope might not be valid.

For this reason, on account of the multitude of events which point to the utter moral corruption of Jorge Mario Bergoglio, « Veri Catholici », the international Association for the promotion of the Catholic Faith against the errors of Cardinal Kaser, announces its intention to invite the Clergy of Rome to a Second Synod of Sutri.

For this purpose we intend to place an advertisement in a major Newspaper at Rome inviting all the Clergy of that Diocese to a Synod to judge whether Bergoglio still has a valid claim to office or whether he should be deposed for corruption, after the manner of the Synod of Sutri, in 1046 A.D..

To do this, we need to raise about 5000 Euros, which will go exclusively to the advertisement and rental of the place for the Synod. This Synod will have canonical effect inasmuch as the Clergy of Rome attend and vote. No more.

To help us achieve this great and holy work, please make a generous donation at http://vericatholici.wordpress.com  by pressing the PayPal Button in the right column.

If the Synod declares Bergoglio deposed, on any account, and he refuses to resign and/or quit the Vatican City Territory, we will seek from the Italian Government a Bill in Parliament recognizing the canonical validity of the declaration and seeking his removal from the Vatican by Italian Armed Forces, on the grounds that he cannot claim the rights accorded to the Apostolic See in the Lateran Pact and subsequent treaties.

St Hildebrand, who attended and accepted the decisions of the First Synod of Sutri in 1046, as secretary to Gregory VI.

This initiative is motivated by the good of the Church, the salvation of souls and above all to defend the Divine Majesty of the Most Holy Trinity from the now patent malign intentions of Jorge Mario Bergoglio. The Canonical precedent is the Synod of Sutri, which precedent has force from this, that the Code of Canon Law establishes nothing regarding canonical complaints which regard the question of the validity of the claim of the person, who is ostensibly Pope, to that office. There also being no tribunal established in the Code to hear such cases, the jurisdiction of such a right returns by historic and divine right to the clergy of the Diocese of Rome, the clergy of whom would be the judges of the Tribunal in such a decision. (Here, by “validity of claim”, we refer not specifically to the results of the Conclave of 2013, but to the question whether the one who appears to hold office, in fact does currently hold it).

At such a Synod, there will be at least 7 charges brought up for discussion and vote.  On each charge, the accused through his designated representative(s) or in person, will be given opportunity to respond:

Comments Off on A Second Synod of Sutri